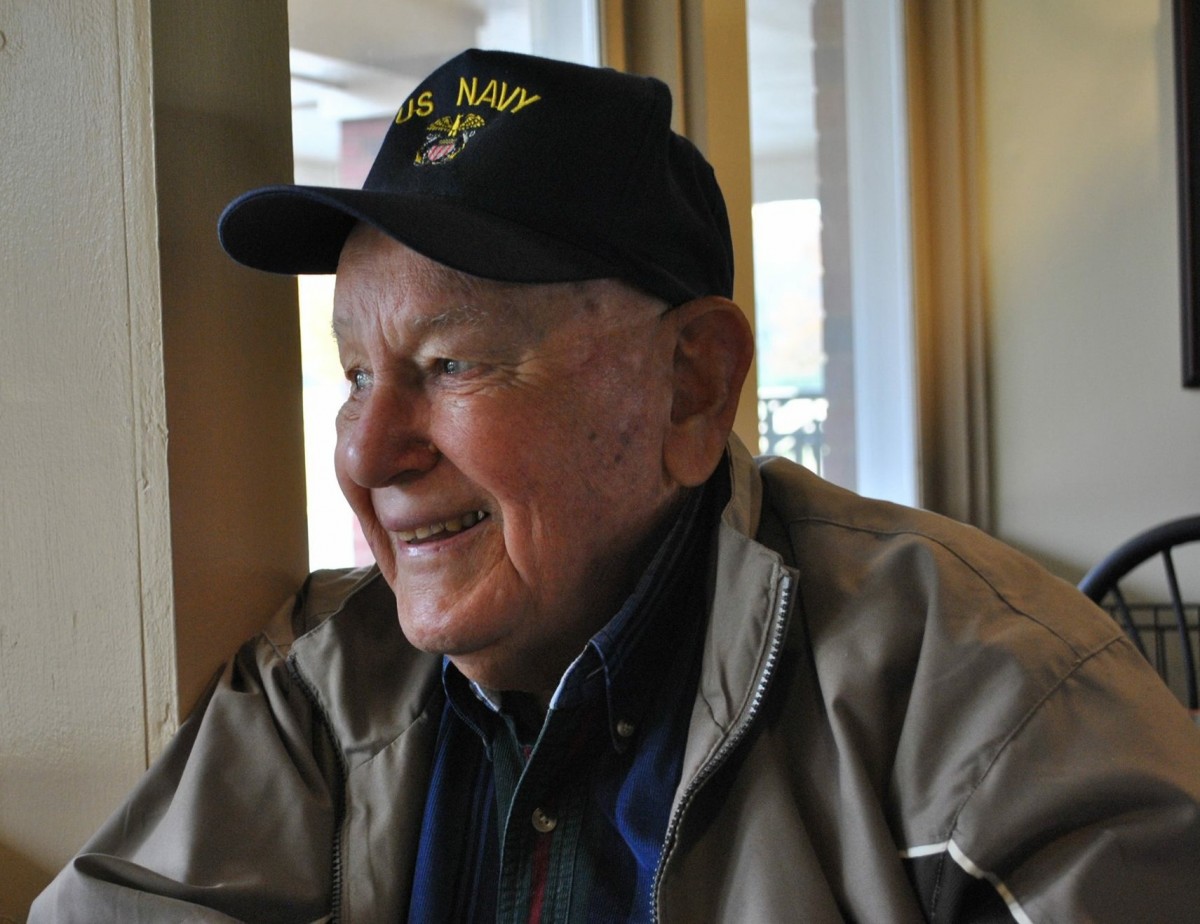 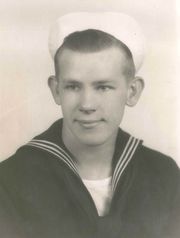 After what happened to us I could have easily been an atheist, and for a few minutes I guess I probably was.
~ Bill Allen

In June, 1944, Bill was a Navy medic aboard the USS LST-523 a Class Tank Landing Ship. Its mission was to bring supplies and transport D-Day casualties across the turbulent English Channel. “They’d bring us bodies and we’d clean them, wrap them in blankets and make sure they had their dog tags,” he said softly.

The trips were dangerous, so Bill and a few of the men formed a small prayer group. It started with three then grew to six, and then ten men. “We didn’t use big words,” he remembered. “We’d say God, please protect us. Please protect us.”

On June 19, the ship struck a submerged German mine. A massive explosion lifted both sections of the ship’s hull high into the air, tossing dozens of sailors and soldiers helplessly into the sea. Many were killed instantly. Clinging to the ship’s bow with fifteen to twenty foot swells slamming into him, Bill, who couldn’t swim, had two choices: hold on and drown or jump in and drown. Just then, he spotted a man on a life raft. It was Jack Hamlin, his friend from the prayer group. Jack yelled to Bill to jump to safety. The pair managed to bring two other badly hurt men aboard their raft. One of them died before they reached safety.

Sadly 117 men were killed that day. Only 28 survived—including all ten men in Bill’s prayer group.

That night, as Bill recovered aboard another ship, he lay with his eyes wide open. The man who saved his life tapped him on the shoulder and asked, “Bill, are you awake?” Bill looked at him and said, “Jack I don’t believe I’ll ever go back to sleep again.” He was struggling with this thought: In war, nothing is good, not even God. “But then, I thought: who sent that life raft? How did it appear out of nowhere? How come everyone in our prayer group lived?” Bill made a decision—God had plans for him here.

More than seventy years after that horrible day, Bill returned to Normandy. He slipped down into a small submarine and was taken to the bottom of English Channel. Now eighty-eight years old, he was looking at much more than his ship’s twisted, rusted, algae-covered hull. He was face-to-face with what could have been his graveyard –After he surfaced, he was back in the arms of his family, including his wife of fifty-eight years. Time and faith have healed his wounds and given him peace. “I came to understand that I wasn’t in control of my life and what I was taught in Sunday school is true: God really is good.”